RACHEL does not restart after first power down

I received RACHEL yesterday and powered it down after several hours of successful testing. This morning, when I power it back up, the boot sequence never seems to complete, i.e. the blue light indicating a wifi signal never comes on. The small blue light over the power button lights as expected, and I hear the drive for a while, but the wifi indicator never lights after many minutes. Have tried several times. I’ve made no internal changes and haven’t dropped the device. It didn’t move between power off and power on. I’m dead in the water at this point. I’ll wait for your assessment before returning.

When the RACHEL arrived yesterday, I plugged it into power but not into the internet, and I powered it up. The bootup sequence was as described in your startup guide.

Thanks, @restonthewind – are you in the United States?

We’ve gotten more than just your report of this. I believe for a period of a couple weeks we had a piece of software in our build that is or was corrupting the builds on reboot. I’m not sure why yours booted up even once, but suffice to say you’re not the only one with the issue.

Right now, we have altered our build process and believe we have this issue solved for new builds, but do not yet have a field solution for builds we shipped out with this error.

Can you ship the device back to us?

Thanks, Jeremy. I’ll ship it back today or tomorrow. I’m in Georgia in the U.S.

She’s on her way back to you. Tracking # is

I kept the spare power supply, so you only need to send one with the replacement.

Great, thank you! We will you get one out ASAP @Steve

@jeremy - I have the same problem, I opened a thread under the wrong version, but we just received ours late last week and it worked fine initially, but after first reboot (also tested running out of battery), it wouldn’t come back to life with wifi.

This was order from Ina (Precious) and we need a new one before Wednesday of next week.

Can you confirm that we can get a new one with the new updated software?

This week, we discovered a small number of Rachel Plus devices were configured is such a way which resulted in the issue you have encountered. We are in the process of identifying and reaching out to the few affected customers. I will configure a new device this weekend with the latest updates and perform our latest diags (which include multiple reboot/reconnect testing). Meanwhile, please send back your failing device for immediate analysis (5151 California Ave, Suite 100, Irvine CA 92617). I will personally make sure your device arrives before Thurs, in top working order.

@jeremy I received a replacement for my device today, but my experience is the same. On the first power up, everything works as expected. When I power down and power back up, the wifi indicator never lights. I powered down by pressing the power button. I’d like to work with you, but I’m dead in the water again.

Hi @restonthewind – thanks for reporting this. Suffice to say we’re a little lost on our end as to what is happening, you’re the second to report that replacement devices also had the same issue. Can you tell me as best you can what, if anything, you did on the device while it was powered up? Did you go through Kolibri at all? We’re thinking that perhaps registering users on Kolibri is causing some sort of database conflict? @Steve

I browsed content very little before powering down this time. I definitely browsed the Music Theory module. I don’t recall another module, but I don’t believe I browsed a module with “Kolibri” in the name. I didn’t go through any explicit registration process. I didn’t change any administrative settings. I powered down a few minutes after the initial power up.

FYI. We currently test dozens of hard boots, soft boot, holding the button down to power off, while reconnecting to the unit on both available frequencies before shipping. With the reconfiguration you received, we have not been able to replicate a boot failure. As you found however, immediately upon receipt, the issue resurfaces. I believe I have now found a db conflict between existing content and a more recently added module, which I suspect is ultimately at the root of our boot issue. Net, we are reconfiguring the units without the new module (as before reported issue surfaced). So far, the db conflict holds to only devices with the recently added module. We can provide info to reconfigure remotely, reconfigure at our facility, or hold for a few days while I explicitly root cause the issue.

@Steve I’ll wait until you fully understand the problem. When you’ve completed your analysis and testing, can you send me a device to test before I return the one I have?

You can also send me info to reconfigure remotely if that’s possible, but when I power up now and connect the device to my router, I can’t ping it.

Are you at a location with good band-width? If so, and you are willing to assist, we can re-flash your device and I can send an updated modules list to reinstall. As I am driving to close this issue, a field test (which I strongly suspect resolves the issue) would be very valuable in moving many forward sooner.

(2) Image a USB device with the downloaded file:

Once you get this far, let me know. Installing the modules is very easy from the Rachel device admin menu.

I have the image but not the software to image a USB. I’m using a Windows 10 laptop.

Here is a link to download a simple image write utility. I wasn’t able to find the one I use for Windows 10 (don’t have that laptop with me), but this one looks good and is from a reliable site…

Download Win32 Disk Imager for free. A Windows tool for writing images to USB sticks or SD/CF cards . This program is designed to write a raw disk image to a removable device or backup a removable device to a raw image file. It is very useful for...

Here is a video shows how to use, if needed: 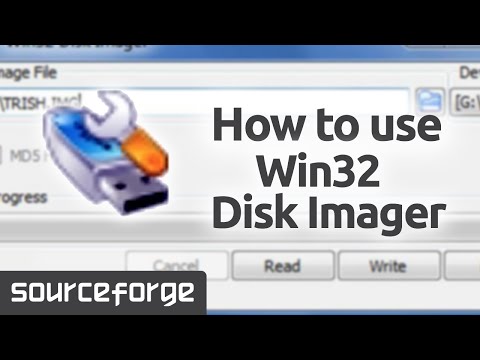 Below is your modules list. I will send instructions shortly regarding how to load them. Meanwhile: